A coffee run can have some running toward the restroom shortly after, but the reason might not be because of the caffeine, according to a new study.
Buzz60

Sometimes crying over a spilled drink is actually warranted — especially when it causes a flight diversion.

A Feb. 6 flight from Frankfurt, Germany, to Cancun, Mexico, was forced to divert after coffee was spilled on the captain’s audio control panel, according to an Air Accidents Investigations Branch report released this month.  The United Kingdom government entity investigates civil aircraft accidents and serious incidents within the U.K.

The flight in question was from German airline Condor, part of the Thomas Cook Group. Crew members on flight DE2116 were served coffee without lids, according to the report, and the captain put his coffee on his tray table. It eventually was knocked over.

The control panel on the Airbus A330-243 “became very hot and failed and there was an electrical burning smell in the cockpit,” according to the report. What’s more: The panel on the co-pilot’s side heated up so quickly that one of its buttons started to melt, and then it stopped working completely.

The captain diverted to Shannon, Ireland. “The smoke stopped and though there was a residual burning smell, the fumes did not result in injuries to anyone on board,” per the report. The flight had 11 crew members and 326 passengers. 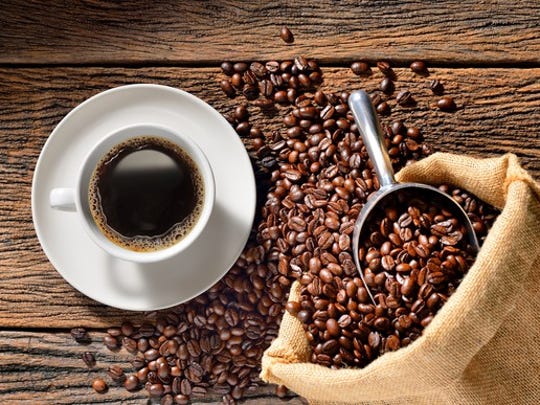 Sometimes crying over a spilled drink is actually warranted — especially when it causes a flight diversion. (Photo: Getty Images)

“After the aircraft was fully inspected and repaired by our team of engineers, the flight continued via Manchester due to the legal operating hours of the crew,” Magdalena Hauser, spokesperson for Condor, told USA TODAY in a statement.

Further vendor analysis determined the liquid was responsible for the smoke and fumes for the first control panel, though it’s not clear why the co-pilot’s control panel failed.

The manufacturer’s recommendation? Use the cup holder.

Also, from the report: “A lid properly secured on the top of the cup may have reduced the amount of liquid spilled on the center console.”

Since the incident, the airline has updated procedure to make sure cup lids are available on all its flights and reminded the cabin crew they were required to use them, according to the report.

“As safety is always our top priority, we have comprehensively investigated this incident and reviewed the procedures of liquids in the cockpit,” Hauser said. “Our crews were reminded of a careful handling as well as to use appropriate containers for their water or coffee. We apologize for any inconveniences the diversion might have caused to our guests.”

Ask the Captain: What can be done for passengers who are allergic to animal dander?

Should I go to college or straight to flight school?