The park drew on its 1800s history as the site of Marvel Cave and the village of Marmaros to redevelop an area of the theme park once home to the ’80s-era Lost River of the Ozarks water ride.

“Today’s announcements are the biggest announcements ever made at Silver Dollar City,” said park president Brad Thomas, who said the new Rivertown project, which includes the Mystic River Falls ride and other park improvements ahead of the 2020 season, cost more than $30 million. 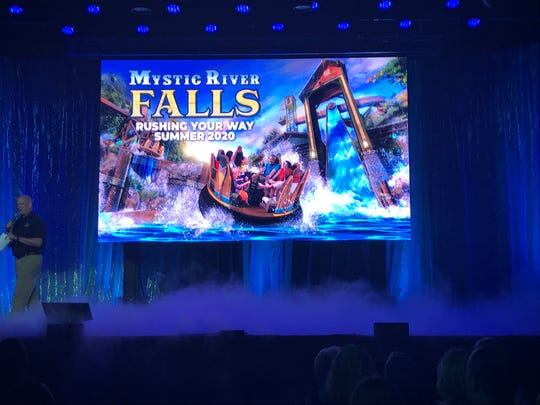 Switzerland-based manufacturer RES worked with Silver Dollar City to create the new Mystic River Falls, billed as “the tallest drop on a raft ride in the Western Hemisphere” in a promotional video. It will open in summer 2020.

The park, which welcomed almost 2.2 million visitors in 2018, hosted a gala announcement for fans, journalists and Branson community members that included a nod to park co-founder Mary Herschend, whose family started Silver Dollar City in 1960. The announcement fell on the 119th anniversary of Herschend’s birth, officials said. 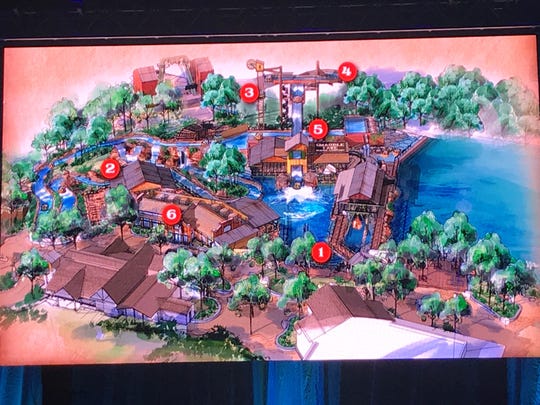 A rendering of what the new Mystic River Falls ride will look like at Silver Dollar City. (Photo: Sarah Karnes/News-Leader)