Coastal experts say most beaches are nice and wide as a result of years of replenishment by the U.S. Army Corps of Engineers that kicked into high gear after Superstorm Sandy devastated the coast in 2012.

Places like Point Pleasant Beach and Ortley Beach have wider beaches than they’ve had in years and recently widened beaches in Brigantine, Margate and Seaside Heights have held on to much of their sand.

“Some places got dinged a little, but in general, the Jersey shore is in really great shape, largely because of the Army Corps work,” said Stewart Farrell, director of Stockton University’s Coastal Research Center.

World’s best beaches:TripAdvisor names the 25 most amazing shorelines on Earth 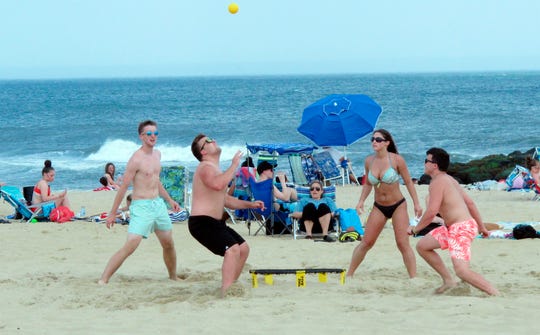 “The good news is that there’s relatively little bad news,” added Jon Miller, a coastal expert with Stevens Institute of Technology. “We had another extremely mild winter in terms of storm activity, which when combined with the beach nourishment activity since Sandy have left most beached in relatively good shape.”

The work is in its final stages in northern Ocean County, the part of the coast hit hardest by Superstorm Sandy in 2012, and has been completed in many other places.

It has created beaches hundreds of feet wide in spots that have traditionally been prone to erosion, including the Ortley Beach section of Toms River, the erosion-prone north end of Ocean City, and Brigantine, just north of Atlantic City.

Atlantic City itself experienced some serious erosion on its northern beaches; the beach in front of the Ocean Casino Resort has a 20-foot (6-meter) drop from the Boardwalk level to the beach that has forced many beachgoers to walk for blocks to get onto the sand at a safer spot. And continuing problems with erosion in some Cape May County beaches including North Wildwood and Avalon have necessitated the trucking in of tons of sand that is then spread on beaches with bulldozers to widen them. 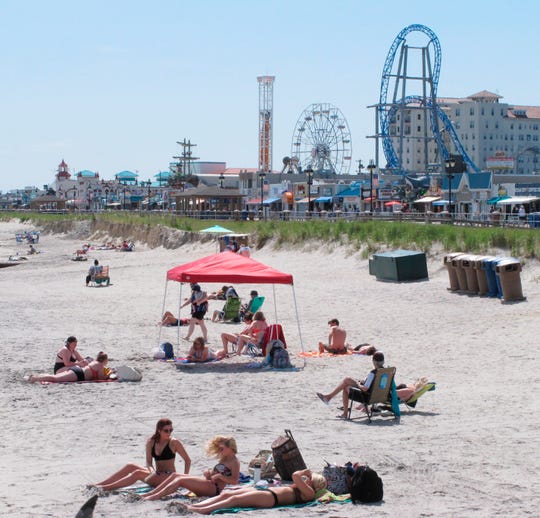 The most serious storm of the offseason occurred on Mother’s Day earlier this month. Waves from that storm ate away at some beaches, including ones where pumping had wrapped up only days or weeks earlier.

But Miller said even in spots where beaches have eroded somewhat, the sand that forms sand bars offshore helps blunt the force of incoming waves. That kind of sand loss is expected and built into the design of the replenished beaches.

“During these adjustments, sand is moved within the system from the area in which it was placed to a more natural position along the profile,” he said. “Although this can look like a dramatic loss of beach, the majority of this sand remains in the system as sand bars where it works to protect the beach by causing waves to break further offshore.”

The cheapest dates for summer flights