As the home to the University of Arizona, the city attracts academics and researchers from all over the world. Add to that the active duty, reserve and retired military personnel from Davis-Monthan Air Force Base – many of whom have served at far-flung global posts – and you have a population that is either seeking tastes from their travels or a distant home.

The result is a culinary “stew” that offers authentic and wide-ranging options for anyone exploring “The Old Pueblo.” From exotic Chinese teas to traditional Bosnian favorites, here are 10 spots to try when you’re looking to “go global” while in Tucson.

Polish Cottage is the place to come for that rib-sticking food that grandma (well, my grandma, at least) used to make. Potato pancakes, beet soup and kielbasa are just a few of the old-world favorites on the menu.

Although the house-made pierogi are available with a variety of fillings, my personal choice is potato and cheese; dough stuffed with potatoes has “comfort food” written all over it! Try to save room for the naleśniki z serem, which are sweet cheese blintzes served with sour cream and strawberry sauce. They’ll have you wishing you had a Polish grandma all your own. 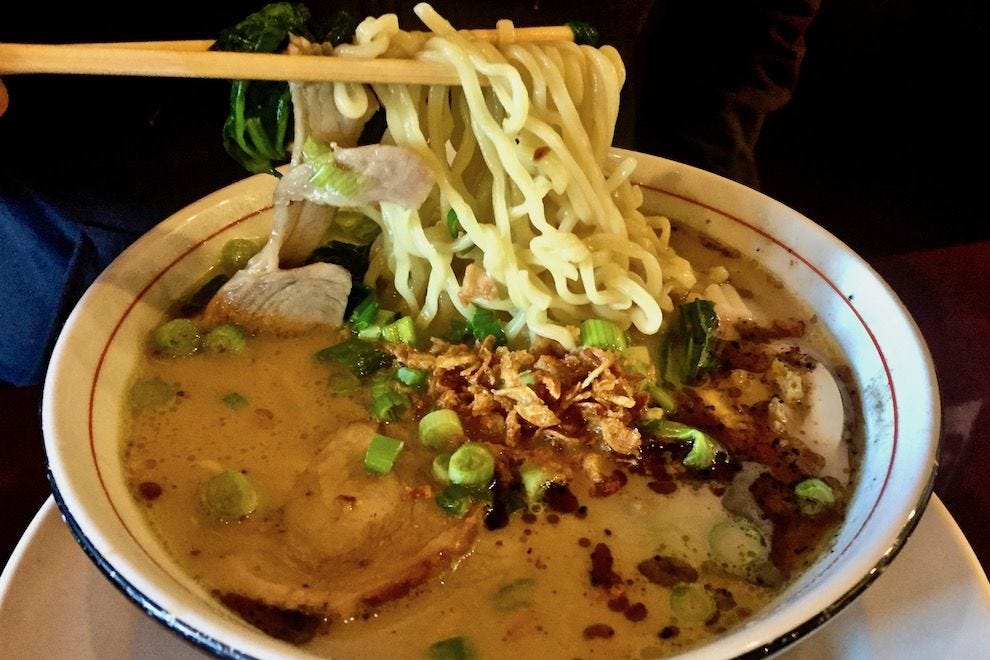 Yoshimatsu is one of those rare Japanese restaurants that can please everyone (i.e. those who eat sushi and those who don’t). They offer an extensive and creative sushi menu using excellent quality seafood – for example the Alaskan roll, with salmon and crab meat, uses real crab instead of the imitation stuff found at most sushi bars.

A wide selection of long-simmered ramen is perfect for a chilly evening, while the okonomiyaki (an omelet/pancake concoction with cabbage and other vegetables) had us feeling like we were back in Hiroshima, where the dish originated. 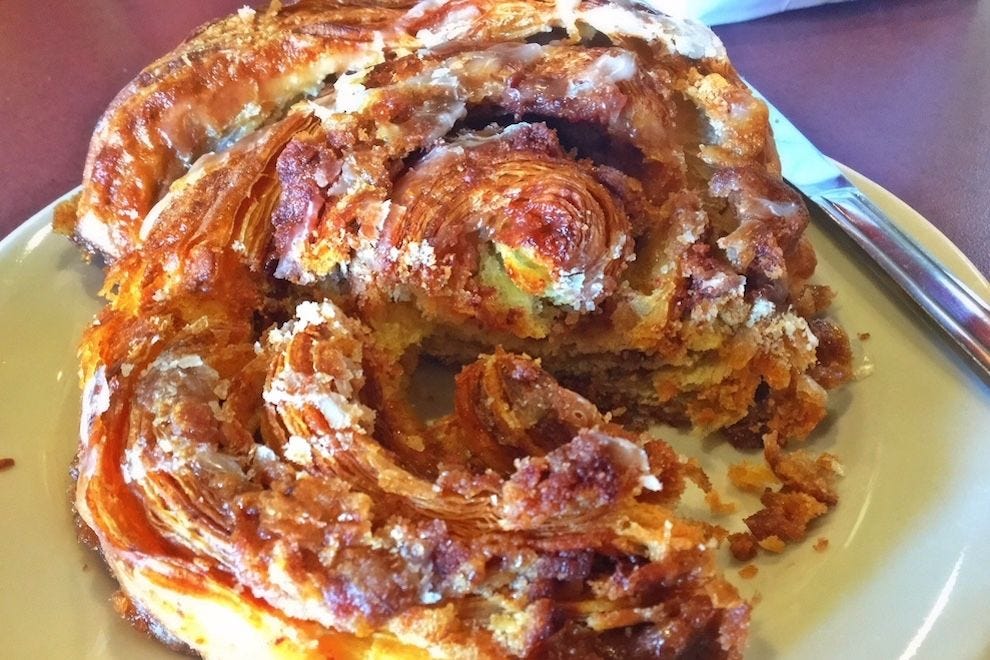 The term “Danish pastry” is used in the U.S. with abandon, often describing doughy rounds with glops of fruit on top. But at Mona’s you get the real deal. Baker Steve Hashemi moved here from Denmark 20 years ago and has been whipping up traditional Danish treats ever since.

Order up a slice of traditional Danish kringle, a rich coffee cake available in fruit, nut, chocolate or cheese varieties (the original cheese danish!), or take a whole one home. The cafe also serves breakfast and lunch, with a selection of sandwiches, quiches and salads. But definitely save room for dessert!

Spoiler alert: the sweet, flaky “snail,” which is a spiral of buttery pastry chock-full of aromatic cinnamon, may ruin you for any other cinnamon bun on the planet. Ever. It’s that good. 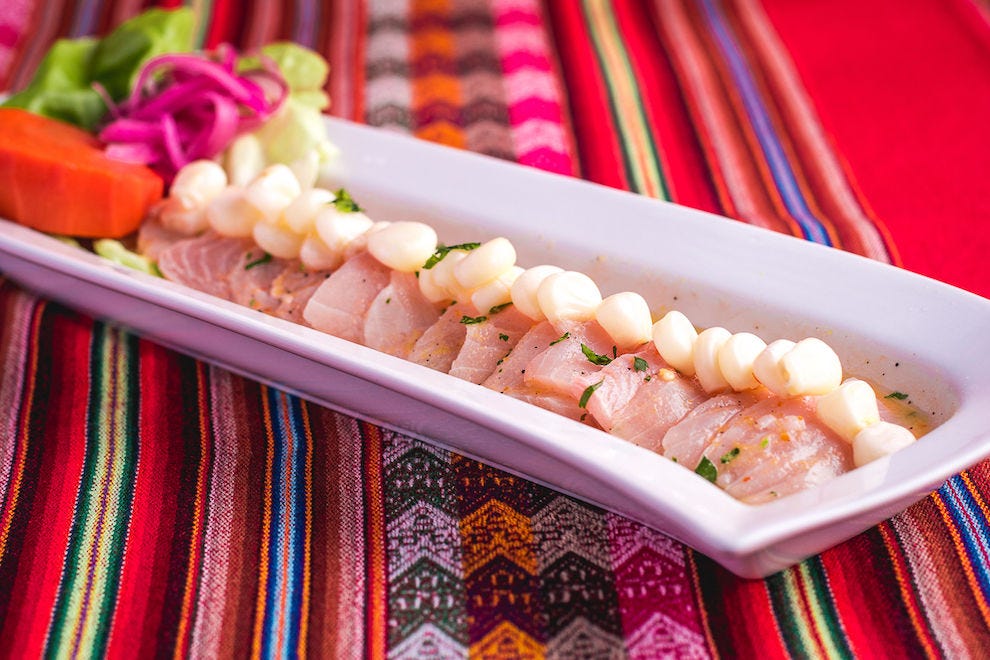 Take a trip to South America via the Tucson foothills at Inca’s. Sample the expertly seasoned, slow roasted pollo a la brasa (the rotisserie chicken for which Peru is justifiably famous) or one of the mouth-watering ceviches. (Fresh fish in the desert? Sure! The Gulf of California is only a 4-hour-drive from Tucson.)

Wash it all down with the classic chicha morada, a non-alcoholic beverage that resembles sangria, made from purple Peruvian corn and fresh fruits. 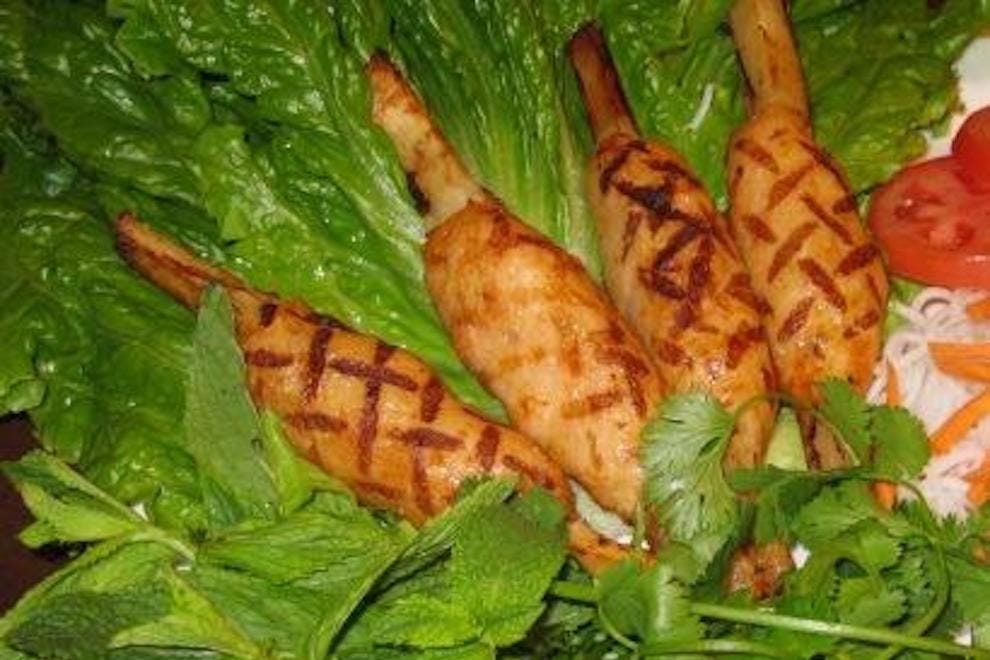 Vietnamese food has become easier to find in recent years. However, often it is on an “Asian fusion” menu, where the rice vermicelli co-mingles with sushi or chow mein. Not so at Ha Long Bay, where the extensive options are 100% Vietnamese and many of the servers are from Ho Chi Minh City or Hanoi.

One nibble of the sweet/savory sugarcane shrimp or a slurp of Bun Bo Hue, the signature beef soup from the country’s ancient capital, its spicy zing fragrant with a hint of lemongrass, and you’ll be transported to Southeast Asia. Vietnamese coffee, a strong brew prepared fresh at the table with sweetened condensed milk makes a terrific (if buzzy) dessert alternative.

Started by Amanuel Gebremariam, who emigrated from Africa, Zemam’s brought Ethiopian cuisine to Tucson over 20 years ago. The family’s recipes for both vegetable and meat dishes simmered with ginger, turmeric and other spices are reminiscent of Indian cooking.

However, it is the extensive list of beef options that put the Ethiopian stamp on the menu. Try the Mincheta Bish, which is finely chopped beef cooked in a blend of fenugreek, berbere and garlic. Zemam’s is so popular that the family recently opened a second restaurant near the University of Arizona campus. 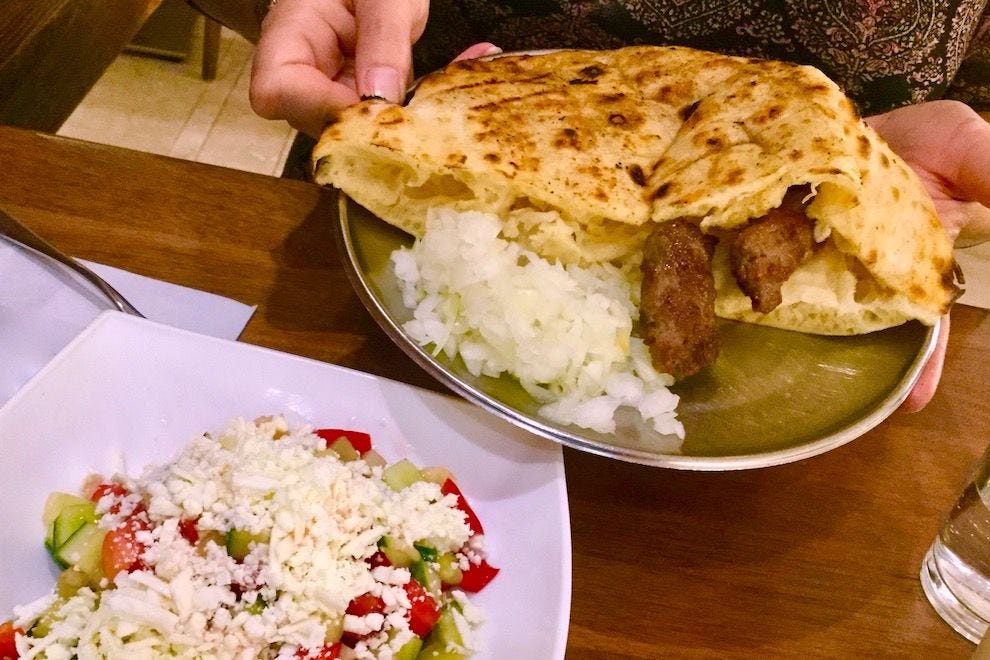 Bosnian cuisine is a mystery to many Americans, but having recently visited this Balkan nation, I can attest that the fare served at Chef Alisah’s is an authentic representation. Anyone familiar with the foods of Eastern Europe and the Mediterranean will see elements of both here.

Stuffed cabbage, along with a stew known as gulas (the Bosnian version of goulash), and a Bosnian salad made with cucumbers, tomatoes, peppers and feta cheese are a few of the classics on the menu. The real stars of the show, however, are the cevapi, skinless pork sausages served with raw onions and freshly-baked Bosnian bread, which is similar to pita, but a bit fluffier. 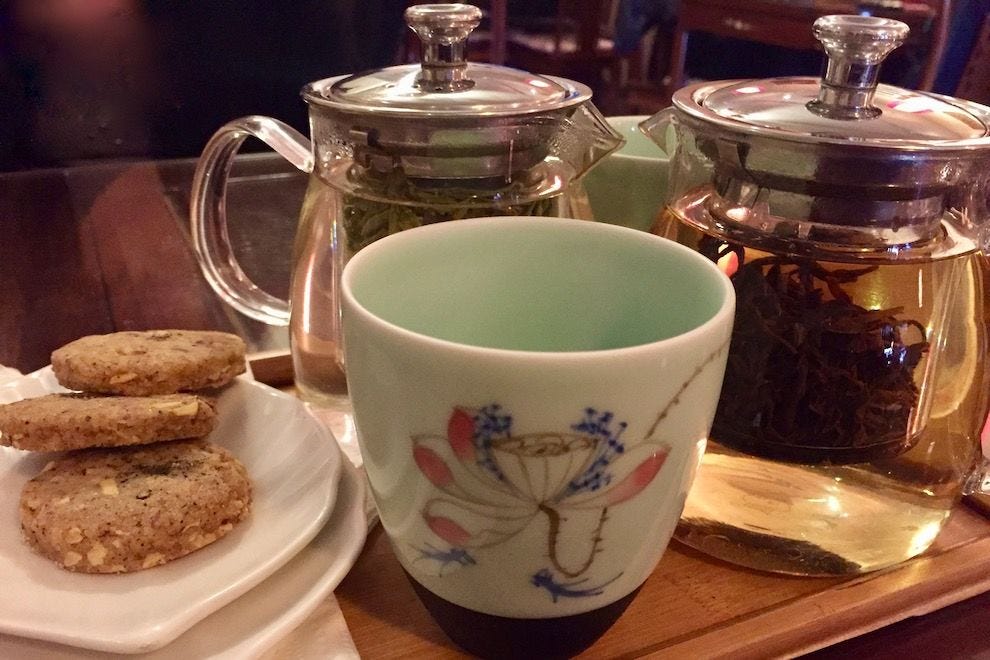 This small storefront shop and cafe is for serious aficionados of Chinese tea – no Darjeeling or Orange Pekoe or Rooibos in sight. The front of the shop sells over 70 varieties of the finest quality loose teas from China, including rare types of black, green, yellow and white teas, along with a selection of highly prized cakes of pressed puer tea.

Order a cup or pot of any tea in the elegant cafe in back, where your selection will be brewed at the table, accompanied by the appropriate style cup. Add a traditional snack such as a moon cake to complete your Chinese immersion experience. Seven Cups also offers free tastings on Friday afternoons. 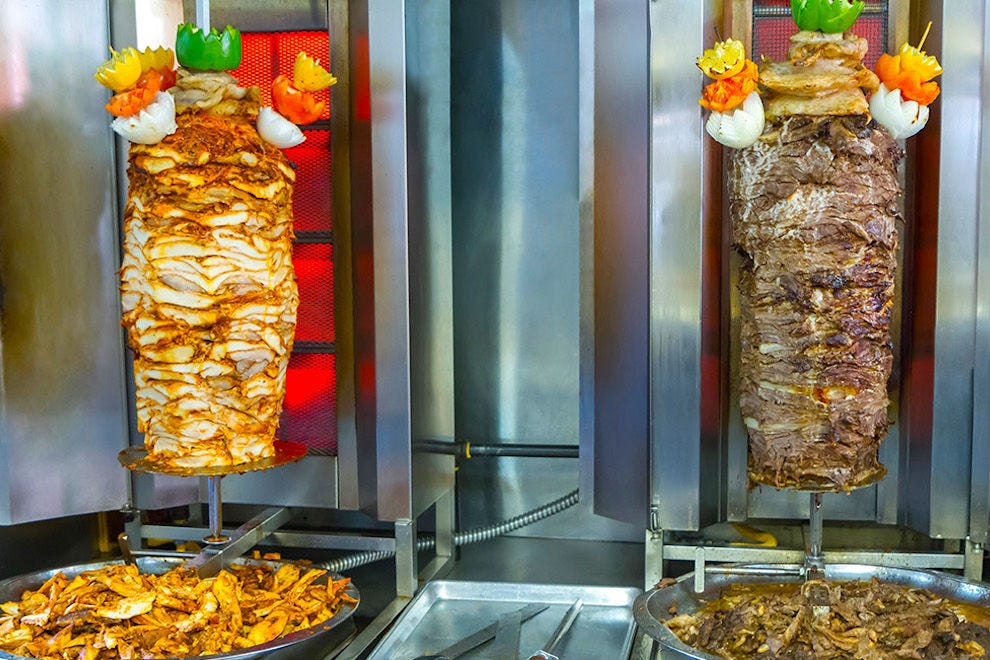 Babylon Market does a brisk catering business, but everything on the menu is available for dine-in (and freshly prepared) at the counter at the back of the store. Order the Shish Tikka lamb or the grilled chicken breast and the cook will take the meat marinating in spices in the butcher case and put it right on the in-house charcoal grill.

The chicken and beef shawarma rotating on the skewers boast meat that is as flavorful as it is tender and juicy. The few small tables in the back don’t provide much atmosphere, but you don’t need it when the food is this good and fresh. 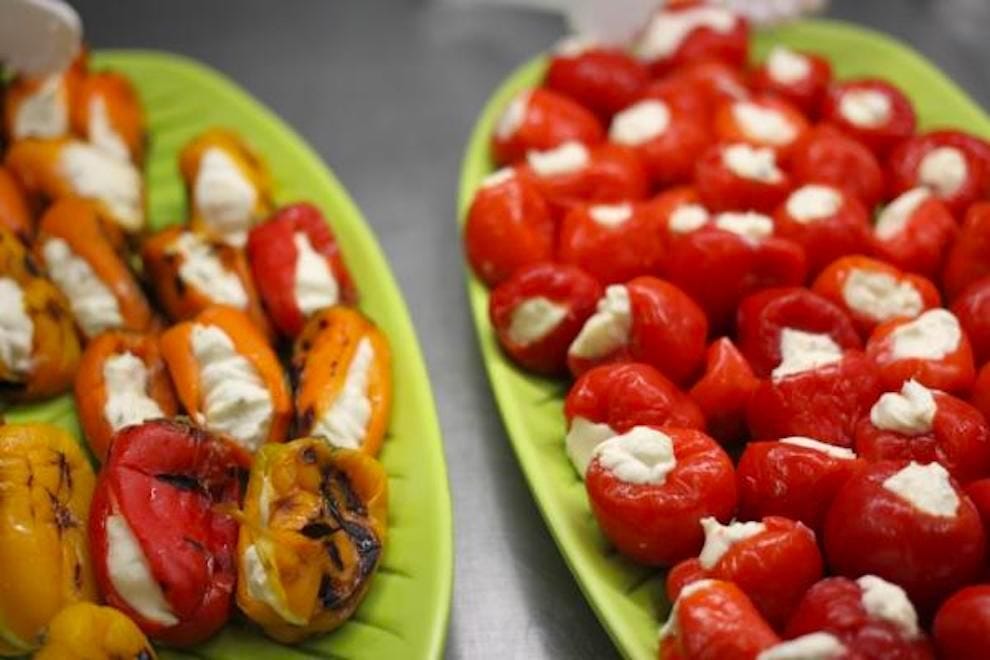 Any town worth its international culinary salt needs a good Italian deli/grocery and Roma gets the job done for Tucson. Come at lunch to enjoy a freshly made sandwich (we like the eggplant parmigiana or house-made porchetta) or salad. Then, shop the deli for dinner fixings, such as fresh mozzarella, prosciutto and stuffed pepperoncini, as well as a selection of pre-made salads and pasta entrees to take home.