United Airlines, after an internal investigation, is warning its flight attendants to stop selecting or trading flights to buy or sell to each other.

In a March 22 memo addressed to United’s flight attendants, the airline said that over the past few months, concerns regarding “illicit trip brokering” have come up. Some flight attendants have apparently been scooping up the best trips and brokering, buying or selling them for personal gain.

“What we’re addressing is the growing problem of selecting, trading or parking a pairing to broker, buy or sell it to another flight attendant,” the memo reads.

All this follows the airline firing more than 35 employees after it discovered that they were abusing their employee travel perks by selling travel passes, which are intended for employees and their friends and family.

United said in the memo that it received complaints that flight attendants were making such overtures on social media, promising “‘hugs,’ “kisses,’ ‘candy canes,’ ‘expressions of appreciation’ and other coded enticements in exchange for a pairing.”

A flight pairing refers to the various legs of a flight journey,  and “parking a pairing” refers to a flight attendant picking up a trip that he or she has no intention of using.

“Sharing your system password or using United scheduling tools to engage in those types of behaviors is strictly prohibited,” the memo continues. “To that end, we are working with IT and corporate security to identify those who may be misusing our systems for personal gain.” 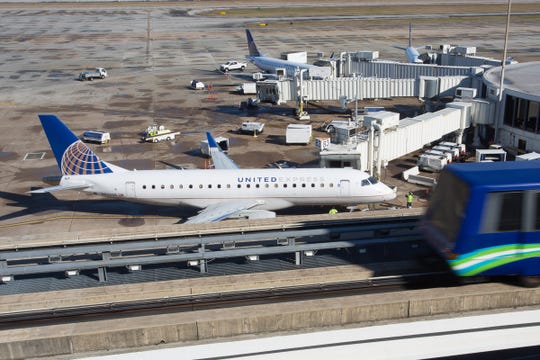 United more than 35 employees after the company discovered they were abusing their employee travel perks by selling travel passes, which are intended for employees and their friends and family. Now it’s going after flight attendants. (Photo: Jeremy Dwyer-Lindgren for USA TODAY)

Per the rules of a joint collective bargaining agreement − effective as of last October − flight attendants have “more flexibility than ever to manage (their) schedules,” according to the airline.

United warned the flight attendants that they could be fired for these brokering, buying or selling practices.

“We have zero tolerance for this prohibited behavior,” according to the memo. “When we discover that it’s occurring, we will fully investigate and take appropriate action, up to and including discharge.”

“We know schedules are very important to our flight attendants, and we work closely with (the Association of Flight Attendants) to make sure our flight attendant scheduling is fair for all of them,” United Airlines spokeswoman Kimberly Gibbs told USA TODAY in a statement.

In the memo, the airline encourages whistle-blowers to speak up and reminds them that no one should be afforded “an unfair advantage when it comes to managing their schedule or accessing flying opportunities.”

“If you believe that individuals are not following the rules, please let the management team know so that we can address this unfairness,” the memo says.

The Association of Flight Attendants said in a statement that “it is disappointing to learn that those involved in this activity have elected to put their personal gain ahead of the well-being of our greater collective.”

“We support our members who have conveyed to us their aggravation, frustration and concern with the continuing nature of these schemes that take advantage of some flight attendants while disadvantaging others,” the statement continued. “The time to stop is now.”

The rest of the statement is available here.