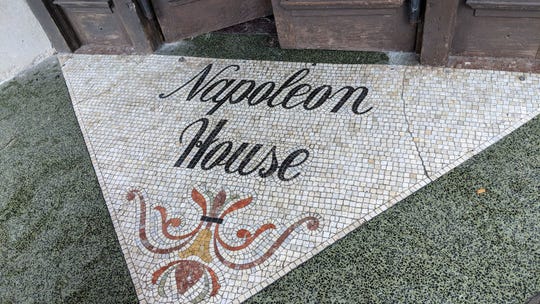 Whether you’re visiting for the history or a muffuletta sandwich, Napoleon House is a landmark worth exploring in New Orleans’ French Quarter. (Photo: Kirsten Hower, National Trust for Historic Preservation)

When most people think of the French Quarter in New Orleans, they think of beignets, Bourbon Street and stunning architecture. But if you wander down to the corner of Chartres and St. Louis streets — across from the Omni Royal Orleans, a Historic Hotel of America — you’ll find a building that is home to two centuries of local and international history: Napoleon House.

Known for its rumored connection to the infamous Napoleon Bonaparte, Napoleon House originally started life as the home and business of Nicolas Girod. Girod served as mayor of New Orleans but is more famously known for his role in the Battle of New Orleans. Girod was instrumental in aiding Gen. Andrew Jackson with raising a local militia (including the renowned pirate Jean Lafitte), providing military supplies and mitigating internal plots.

After Girod resigned as mayor in September 1815, he took over the existing estate at Chartres and St. Louis, building it into the three-and-a-half story Creole cottage, complete with a cupola. The structure functioned as both a home and store (on the ground level) and remained in Girod’s family until the end of the 19th century. 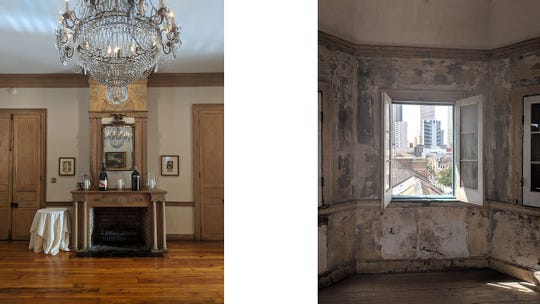 Much of the site’s history is preserved in place—including in the cupola which overlooks the French Quarter. (Photo: Kirsten Hower, National Trust for Historic Preservation)

Where does Napoleon come in? Just after Girod stepped down as the mayor and started building up his home in the French Quarter, word spread throughout the city that he was putting such expense into the house because he intended to conspire with Lafitte to smuggle the exiled emperor from the island of St. Helena to New Orleans and put him up in this new residence. There is no proof that the story is true, but it lends a mystique (and decorative theme) to the site, which has been known as “Napoleon’s House” since 1823.

After the Civil War, the French Quarter fell into disarray and later became a home for Italian and Irish immigrants. In the second century of its life, the house at the corner of Chartres and St. Louis was rented and later owned by the Impastato family. The ground floor was a grocery, later a bar (even during Prohibition) and then a restaurant, while the family lived upstairs. Joseph “Uncle Joe” Impastato, who originally rented the property in 1914 before purchasing it in 1920, was an Italian immigrant who had a love for family, food and opera. 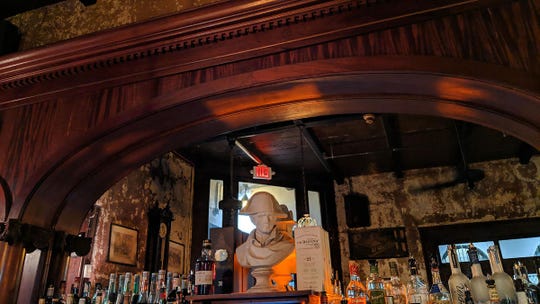 When the property was purchased by New Orleans restauranteur Ralph Brennan in 2015, he purposefully preserved the bar in place and kept much of the Impastato flair in the restaurant. The family portraits hang on the wall and the only music played in the restaurant is opera or classical, just as Uncle Joe would have done. The upper floors have been converted from family living space to banquet halls — but little more than necessary repairs have been made. As executive chef Chris Montero will tell you, the dust was brushed off, but much of the age of the place has been left to remind customers of the building’s age and history.

As one of nine National Historic Landmarks in the French Quarter, the Napoleon House has undergone its fair share of renovations (which will include a restored stairwell in the near future), but it retains the charm that has endeared people to the building since 1815.

Whether you’re visiting for the Napoleonic history, the tales of the Impastato family or a dinner of muffuletta and their famous Pimm’s cup, Napoleon House is a slice of history worth exploring in New Orleans’ French Quarter.

This article was provided by the National Trust for Historic Preservation. Learn more about its work at SavingPlaces.org.

In Ivory Coast, organic chocolate made with a bicycle