This is the ninth installment in our Things We’d Change in Sports series. To see the full list, visit this page.

On the day before Super Bowl LIII last month, I presented what I thought was a not-so-controversial idea that would be well received and celebrated by just about everyone who enjoys watching the biggest football game of the year.

That wonderful, absolutely correct idea? The NFL should do the right thing and move the Super Bowl back a day to Saturday night.

And while a lot of people did get behind the idea, many actually sounded off against it, calling me crazy for even bringing it up.

Some argued that Saturday night is a terrible night for TV ratings and nobody would watch the Super Bowl.

Yeah, that’s just a crazy train of thought because the Super Bowl could be played on a Tuesday morning and it would still do monster numbers and everyone would find a way to watch.

FROM YESTERDAY:College Football Playoff expansion is a needed change 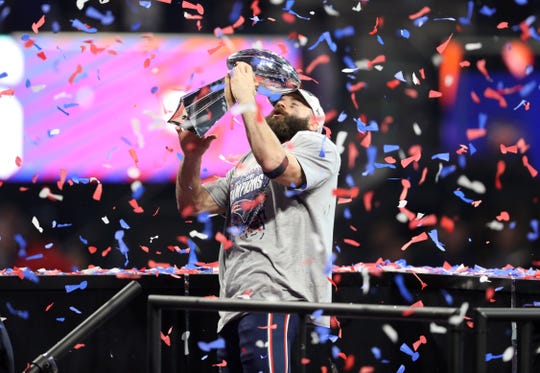 Others yelled about the NFL being a Sunday tradition and the Super Bowl should follow suit and be played on the day that football gods deemed to be the NFL’s day.

Uh, the NFL now has games on Mondays, Thursdays, and Saturdays during the season so spare me with the “tradition” argument.

Some made a decent argument about making Monday a national holiday, moving Presidents’ Day up a few weeks, so people didn’t have to go into the office.

While I’ll always support creative ways to get out of a work day, we don’t need to start moving around holidays when an easier option is right there for the taking.

Finally, others suggested just start the game a bit earlier on Sundays, therefore you could get to bed at your normal time and wake up refreshed and ready for a new week on Monday morning.

Good try, but no thank you. Apparently, some people don’t struggle with self-control.

Here’s the thing — those people who argued against the move, were dead wrong.

Moving the Super Bowl to Saturday is something we sports fans deserve. In this new world of convenience, where we can just about watch and eat anything we want with just a few clicks of a button on our phone, we’re still being inconvenienced by a Sunday night Super Bowl?

Saturday makes so much sense for everybody. Having a Super Bowl party but can’t really enjoy the adult beverages during the game because you have to work on Monday morning?

Live somewhere overseas where the game is on, at say, 3 a.m., which makes it hard for you to watch since you work on Monday?

A fan of one of the two teams in the game and sick of waiting yet another day — two weeks total! — for the biggest game of the year to be played?

This really shouldn’t be something that’s still up for debate and discussion. Rather, it’s something we should be asking NFL Commissioner Roger Goodell and the powers that be at the NFL why in the world it hasn’t happened yet.

It’s 2019, for you-know-whose sake. It’s time for the Super Bowl to get with it and make the change.