We’re exactly one month out from the start of NFL free agency (March 13). With teams across the league re-assessing their roster ahead of the offseason signing period, let’s take a look around the league and pick one free agent target each team should pursue next month.

We’ve factored in need and financial situations for each team to make our selections, and we’ve only selected a free agent once for each team. (Without those two caveats, this list would just tell all 32 teams to go and get Le’Veon Bell, for example. He would be good for just about anyone!)

We’ll move by division, and start with the NFC East.

Dak Prescott needs more weapons. And with Cole Beasley’s days in Dallas likely coming to an end, one of the best slot receivers in the league would be a nice addition.

GM Dave Gettleman will probably pursue Daryl Williams, but James is the more sensible option for a team that doesn’t need to be throwing around money in free agency just yet.

Philadelphia missed Torrey Smith’s field-stretching speed more than anyone thought they would. The Eagles don’t have financial flexibility, but Conley will be a cheap option who knows the system.

The Redskins do not have much money to spend on a replacement for Alex Smith. While drafting his replacement makes a lot of sense, the Redskins will need a cheaper bridge starter who can do a pretty good impression of Smith. 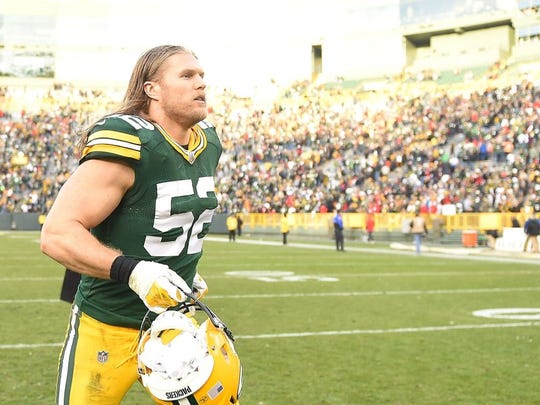 The Bears need a No. 2 receiver who can stretch the field, and they don’t have a lot of cap space to splurge on one.

A reunion with former defensive coordinator Matt Patricia, who will know how to get the most out of Flowers, makes the most sense.

Green Bay has just enough cap room to make a splash signing like this, and the versatile Barr would be a good fit in Mike Pettine’s defense.

The Vikings need to fix their line on the cheap if they’re going to compete for a Super Bowl. The Seahawks will want to keep Fluker around. If they’re able to do so, Mike Iupati, who disappointed in Arizona, is a cheap backup option for Minnesota.

First, the Falcons have to do whatever it takes to retain Grady Jarrett. Then, they need to pursue an edge rusher capable of providing consistent pressure. Graham doesn’t rack up sack numbers but pushes the pocket.

With Ron Rivera reportedly contemplating a switch to a 3-4 base defense, Smith would be a good piece to aid such a transition after breaking out in Baltimore with 8.5 sacks last season. The Panthers need pass rush talent in the worst way.

The Saints should be in “win-now” mode and have enough short-term flexibility to strike a deal with Suh, who dominated New Orleans’ line in the NFC title game. A defensive line of Suh, Cameron Jordan, Sheldon Rankins (when healthy) and Marcus Davenport might be the scariest in the league.

Darby won’t be too expensive, and he’s at his best when playing off-man coverage, which just so happens to be the preferred technique in new defensive coordinator Todd Bowles’ system.

With Larry Fitzgerald and Christian Kirk manning the slot, the Cardinals need a receiver capable of winning on the outside. Funchess is a big body who can do that. Kliff Kingsbury had a lot of success with big receivers during his last season at Texas Tech. The offensive line is another concern.

The Patriots exposed the weak interior of the Rams offensive line in the Super Bowl. It needs to be upgraded and the center position is the biggest need with Tom Sullivan in decline.

The Rams are going to try their hardest to keep Saffold in L.A., but if he gets to free agency, the 49ers will chase him. Not only is guard a need in San Francisco, but Saffold has experience in a similar offense.

With K.J. Wright likely leaving in free agency, the Seahawks can pick up a cheaper player who can provide a similar skill-set. Davis, who’s at the end of his career, will likely be looking to land with a playoff team.

The Bills offensive line was a disaster in 2018, and the center position may have been the worst spot for Buffalo. Paradis figures to be the top center on the market and the Bills have money to spend.

The Dolphins can save money by moving on from Ryan Tannehill. If they can’t land one of the top QBs in the draft, Bridgewater would be a good backup plan. And he’s from the area.

I don’t know if Wilkerson would be the best fit in New England, given his reputation, but if anyone is going to get the most out of the ultra-talented pass rusher, it’s Bill Belichick.

The Jets are one of a few teams with a need at running back and the cap space to splurge on a high-priced running back,. 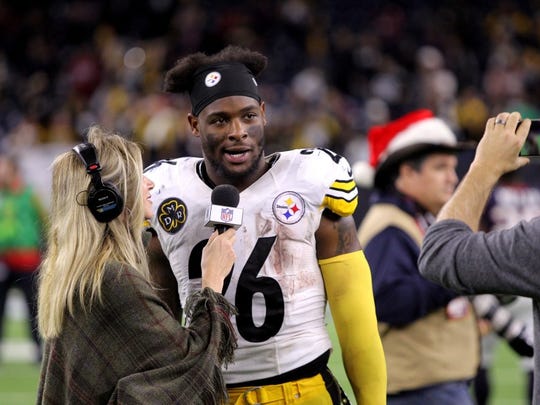 The Ravens could be losing a lot of their sack production with both Terrell Suggs and Za’Darius Smith headed for free agency. Baltimore will have to replace Smith in the draft but Matthews is a viable substitute for Suggs.

Wright would be the perfect fit for a team that has lacked athleticism at linebacker for ages.

The Browns need some more protection for Baker Mayfield. How about a tackle who is young, talented and has played for new offensive coordinator Todd Monken?

Pittsburgh has yet to replace Ryan Shazier. Mosley would not only fill that need, but signing him would also weaken the Ravens.

Williams may be a little overrated after nabbing an undeserved spot on the 2017 All-Pro team, but he’d be a MASSIVE upgrade over what the Texans trotted out at right tackle in 2018.

The Colts have a ton of cap space and plenty of positions of need to use it on, but strong safety is one of their bigger needs. Safeties are no longer being paid, but Collins is one worth shelling out a lot of money for. Indy might be the only team willing to do so.

I am not suggesting that this move would work out, but the Jaguars need a quarterback and will be one of the few teams with an opening at the top of their depth chart. Foles could take a smaller contract for a chance to start for a potential playoff contender.

With Brian Orakpo retiring, the Titans can replace him with another Redskins free agent. Smith hasn’t quite lived up to his potential but going to a defensive-minded coach like Mike Vrabel could help him do it.

MORE FROM FTW: Why the NFL reportedly might not have the Patriots play in Thursday night season opener

(Note: Flacco is still under contract, but it has been widely reported the Ravens plan to move on from him this offseason.)

Case Keenum clearly isn’t the answer in Denver and GM John Elway seems to have a predilection for tall quarterbacks. The Broncos are going to running the Shanahan/Kubiak offense under new coach Vic Fangio, and Flacco had the best season of his career in that system.

The Chiefs won’t be able to replace all of Kareem Hunt’s production, but Coleman would be an upgrade in the pass game. He’d also add more speed to an already blazing fast offense.

The Chargers’ tackle situation is murky. Smith is no sure thing, but he’s coming off his best season as a pro and shouldn’t cost L.A. too much of its cap space.

It’s time for Jon Gruden to start filling the massive hole left behind by the Khalil Mack trade. With cap space at his disposal, a low-risk deal for a talented player like Ansah makes sense.