There’s a whole lot more to Southern food than fried chicken (though we love that too). The gastronomy of the American South has drawn influence from African, English, French, Spanish and Native American cuisines, spawning a variety of styles from Creole and Lowcountry to Appalachian and Floribbean. As part of our exploration of iconic dishes across the country, we’re looking for the best versions of iconic foods in 12 Southern states.

Vote once per day for your favorite restaurant in each state until voting ends on Monday, February 25 at noon ET. The winning restaurants will be announced on Friday, March 8 on 10Best.com. 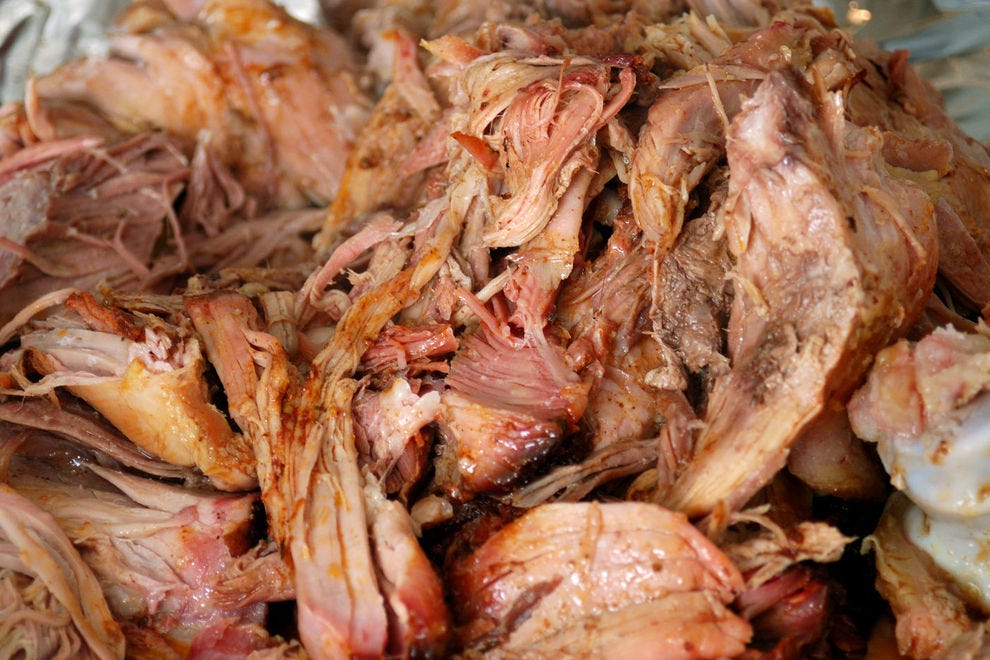 The term “barbecue” in North Carolina is nearly synonymous with pork, and it’s a big part of the state’s history. There are two distinct types of barbecue that have developed over hundreds of years in North Carolina: Eastern and Western. The styles differ in the cut of pork, how that pork is prepared and the type of sauce poured on top.

The Lexington or Piedmont style uses only the pork shoulder, slow-cooked and pulled, and a barbecue sauce that includes ketchup, vinegar, pepper and a variety of spices. The Eastern style uses a whole hog cooked low and slow, chopped and topped with a vinegar and pepper-based sauce with no ketchup to be found. 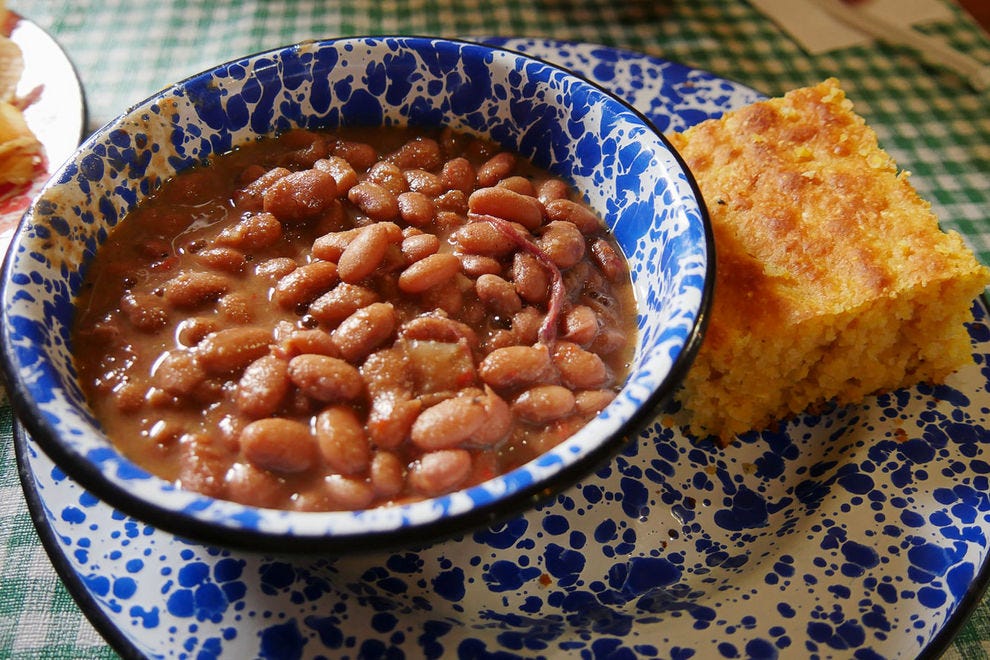 Soup beans are a winter staple in Appalachia. Not exactly a soup, this dish is made with beans (often pinto beans) slowly simmered with ham, salt and pepper to a thick and creamy consistency, and served with cornbread for sopping up the juices. Depending on the recipe or restaurant, the beans may include diced onions, homemade chow chow or fried potatoes. 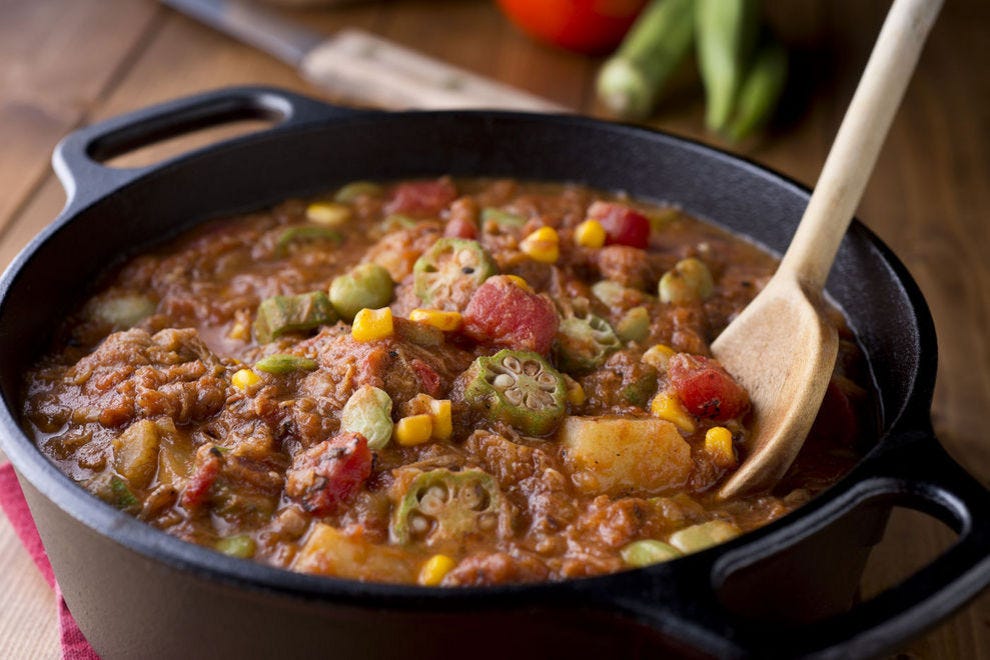 Both Brunswick County, Virginia and the town of Brunswick in Georgia claim to have developed the original recipe for Brunswick stew, though some version of the meaty hunter’s stew was likely made by American Indians long before either state was even a colony.

The first recorded recipe in Virginia dates back to 1828, when Jimmy Matthews – a slave of Dr. Creed Haskins – slow-cooked the stew for his master’s hunting party. Traditionally made with squirrel and other game meats, modern variations of the dish often use chicken and sometimes pork or brisket, as well as vegetables like tomatoes, potatoes, corn and lima beans. 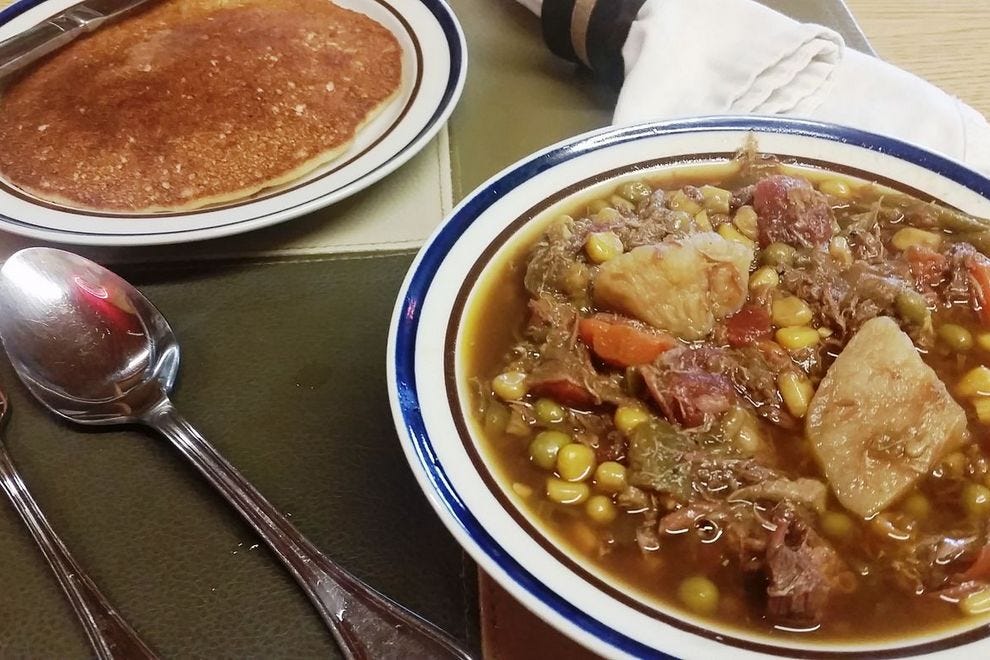 How do you burgoo? Unless you happen to have spent time in Kentucky’s “burgoo belt,” you might not be familiar with this highly regional stew that’s a staple on the menu of barbecue joints throughout the state.

This dish has competing origin stories; some say that it came from Wales and found its way to Kentucky via Virginia. Others claim it was created by French chef Gustave Jaubert while serving a Confederate general in 1860. There are multiple variations of the dish as well, with meats ranging from beef, chicken, pork and mutton to pigeon, rabbit and squirrel finding their way into the stew pot. 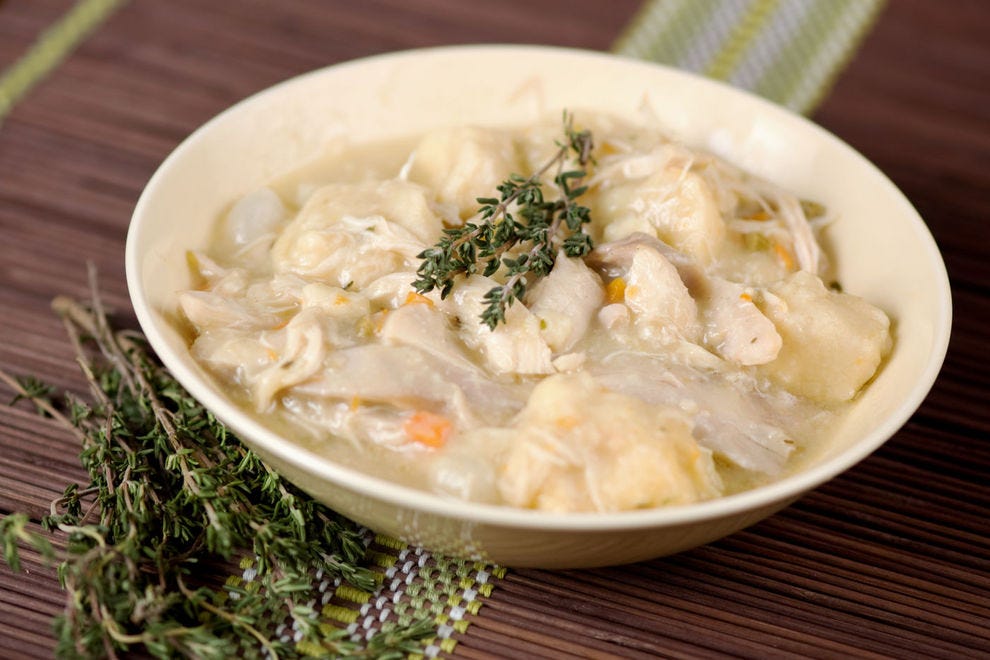 There are plenty of stories about how Southern chicken and dumplings were born from hardship like the Civil War or the Great Depression, but dumplings and stewed meats have been around since as early as the 15th century in Europe. Though the dish may not have originated in the South, the combination of stewed chicken and dumplings boiled in the resulting broth has become a staple of the Southern kitchen, especially in Georgia. 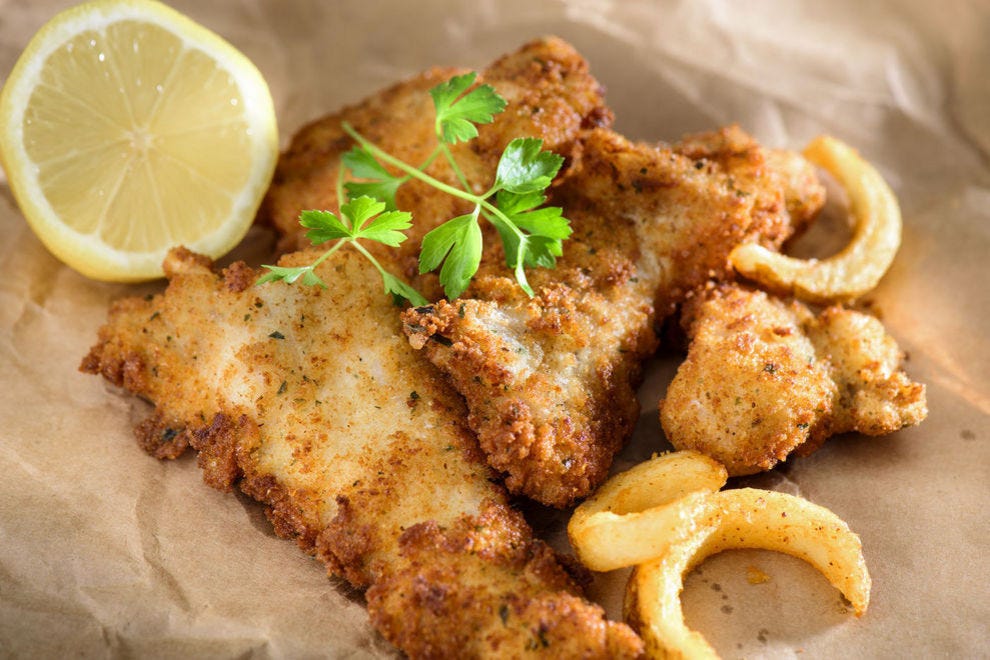 You’ll find catfish in just about every river, stream, lake and reservoir in Arkansas, and state hatcheries produce some 1.3 million fish each year to keep the population healthy. It’s no wonder catfish is such a popular dish in the Natural State. While most restaurants source U.S. farm-raised catfish for their menus, almost all serve it the traditional Arkansas way – fried and served with fries, hushpuppies, green tomato relish and tartar sauce. 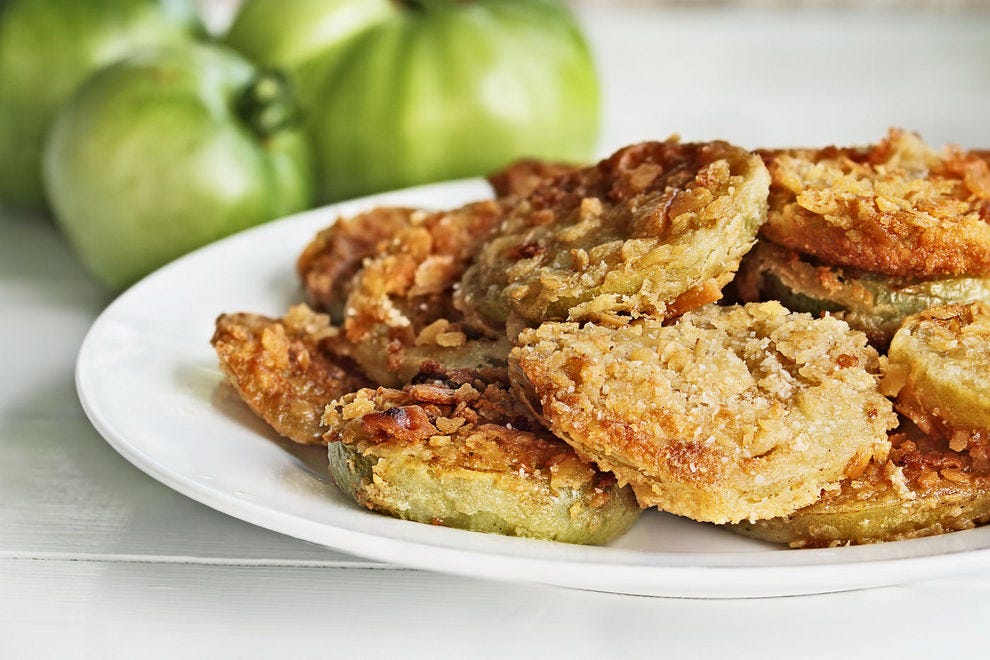 While not originally from the South, you’ll find fried green tomatoes on many an Alabama menu — Photo courtesy of iStock / StephanieFrey

If you live outside of Alabama, chances are you’d never heard of fried green tomatoes until the movie of the same name was released in 1991, based on a novel by Fannie Flagg.

While this golden fried appetizer now seems quintessentially Southern, its origins can actually be traced back to Jewish cookbooks from the Midwest and Northeast during the late nineteenth and early twentieth centuries. And even though the fictional Whistle Stop Cafe was indeed based on a real place, it turns out it was Hollywood that truly cemented the dish in the Southern culinary landscape. 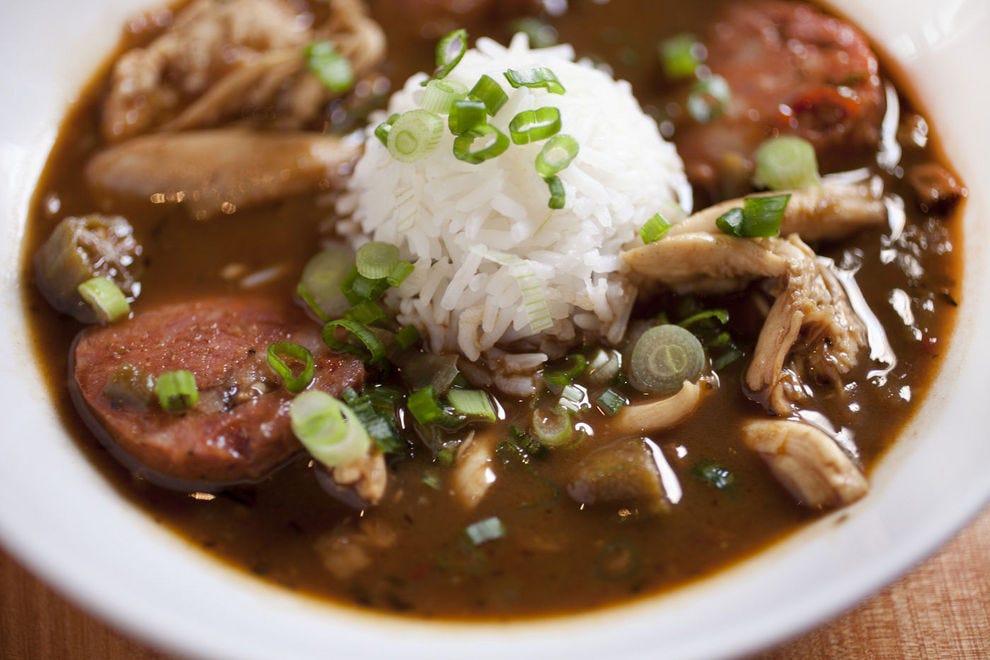 Louisiana declared gumbo the official state dish in 2004, but it’s been a staple of Cajun and Creole cuisine for much longer. While the exact origins of the dish are unclear, the name comes from the West African Bantu word for okra, “ki ngombo,” which was (and still is) used as a thickener in some recipes.

While every restaurant has their own variation, most start with a roux base, the French “trinity” of onions, bell peppers and celery, and a dash of filé powder. Chefs across the state are cooking up creative renditions, but the two you’re most likely to see are seafood gumbo or chicken and sausage gumbo. 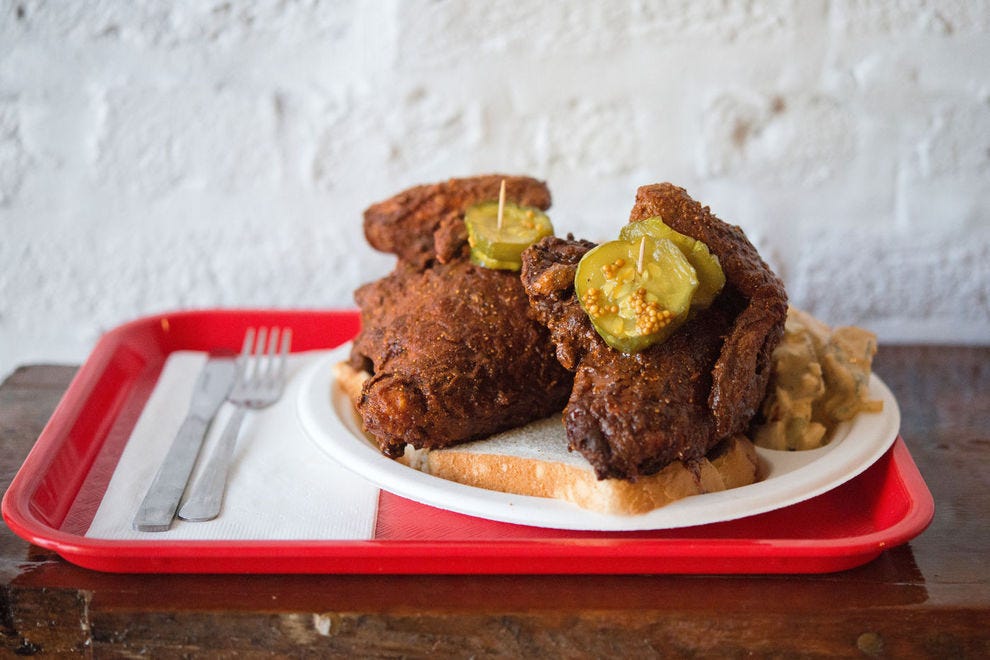 While evidence exists to suggest that spicy fried chicken had been served among Tennessee’s African American communities for generations, the dish as it exists today has an origin story dating back to the Great Depression. It’s said that Thorton Prince has a reputation as a ladies’ man, and in an act of revenge, his scorned girlfriend served him fried chicken – his favorite – loaded up with peppers and spices.

The prank didn’t have the desired effect; instead Prince loved it and decided to open Prince’s Hot Chicken Shack. Over the past several years, this quintessential Nashville dish has skyrocketed in popularity across the nation. But who makes it best? 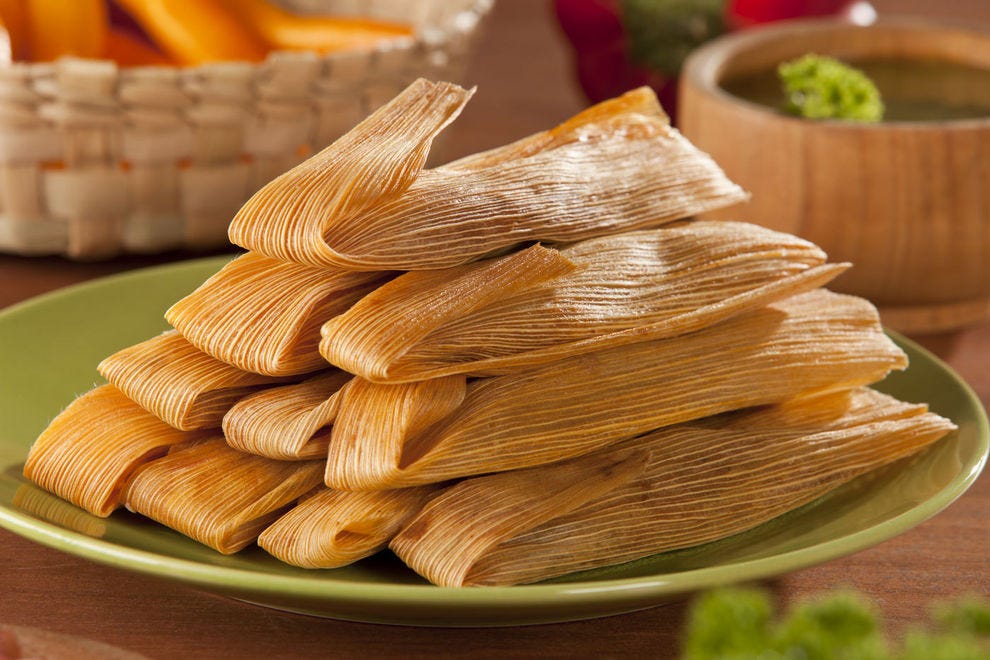 In his 1936 song “They’re Red Hot,” blues artist Robert Johnson uses the imagery of a tamale vendor in his song about a woman. According to the Mississippi Blues Commission, the origins of the hot tamale in Mississippi could date back to the Mexican-American War, when U.S. soldiers brought the recipe home with them.

Another theory suggests that the dish was brought to the Mississippi Delta by Mexican migrant laborers. No matter its origins, hot tamales have become a Mississippi favorite. 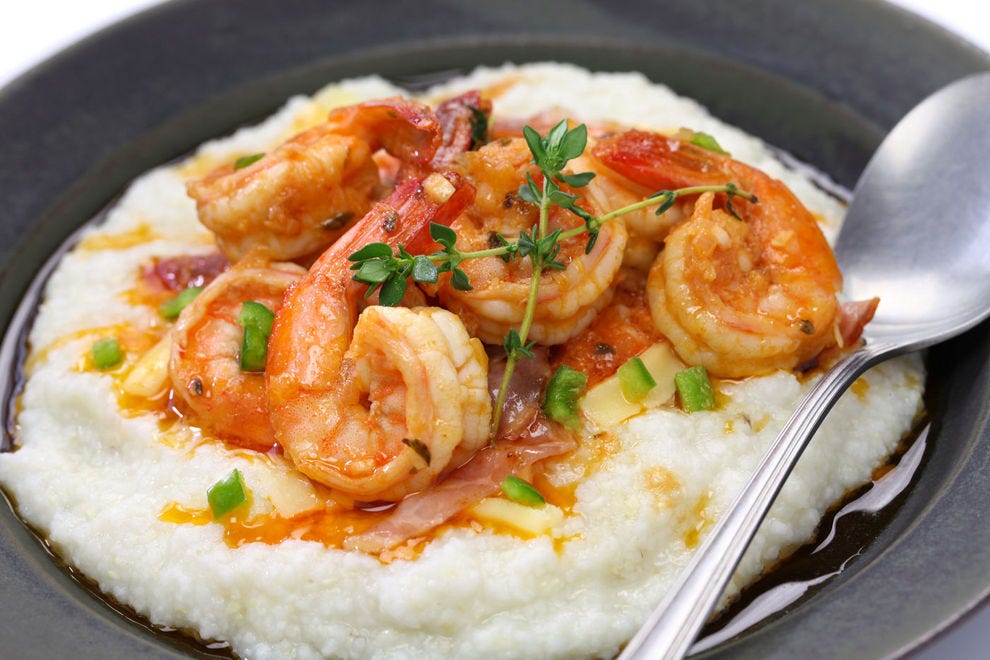 Where do you go for this Southern breakfast favorite? — Photo courtesy of iStock / bonchan

Shrimp and grits first made an appearance in print in the 1930 Two-Hundred Years of Charleston Cooking cookbook with a recipe in its purist form: sautéed shrimp, “hot hominy,” melted butter, salt and pepper. The dish, once known as breakfast shrimp, began as a simple breakfast staple during the shrimping season for shrimpers on the South Carolina coast.

Today, the dish appears on breakfast, lunch and dinner menus throughout the state, often dressed up with bacon, aromatics and spicy or creamy sauces. 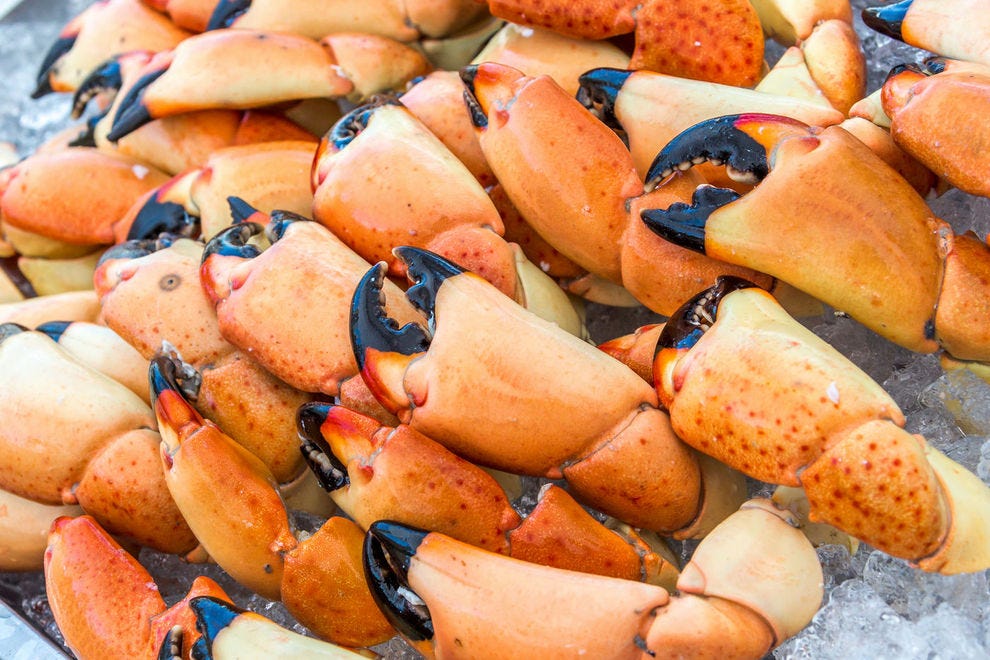 For stone crab, head to Florida between October and May — Photo courtesy of iStock / Alexcrab

Florida seafood lovers know that the sweetest meat to come from the sea comes from stone crabs. Stone crab season runs from mid-October to mid-May, when nearly all harvested claws are pulled from the warm waters off Florida’s Gulf Coast.

Unlike other crabs, only the claws of the stone crab are typically served cooked, chilled and cracked with a mustard-based sauce for dipping. Since stone crabs can regenerate their claws, they’re a sustainable source of seafood.

Arizona may require license for care facilities after rape